Project Picture of the Month - June 2012 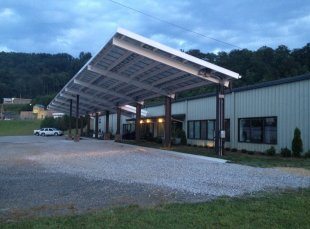 June 15th marked the unveiling of Panel Built’s most recent addition to their product line, with an event that did not disappoint. The manufacturer of modular building components has always been considered a “green” company because of the pre-fabrication methods used to produce their products. Now, with the addition of two solar power generating structures to their facility, Panel Built has taken the phrase “Modular is Green” to a whole new level.

About five months ago, a decision was made to integrate solar power production into the Panel Built facilities as a way to supplement our energy consumption as well as showcase our newest product line. Plans were made, schedules set, and Panel Built, Inc. is now generating power from the sun!

The first phase of the project was a major makeover for the Panel Built “store front” which now includes approximately 3,500 square feet of solar parking canopy. The structural steel for the solar array was fabricated by our steel line, and the installation was performed by a Panel Built install crew. The canopy also acts as covered parking and is expected to produce approximately 67,000 kwh/year. 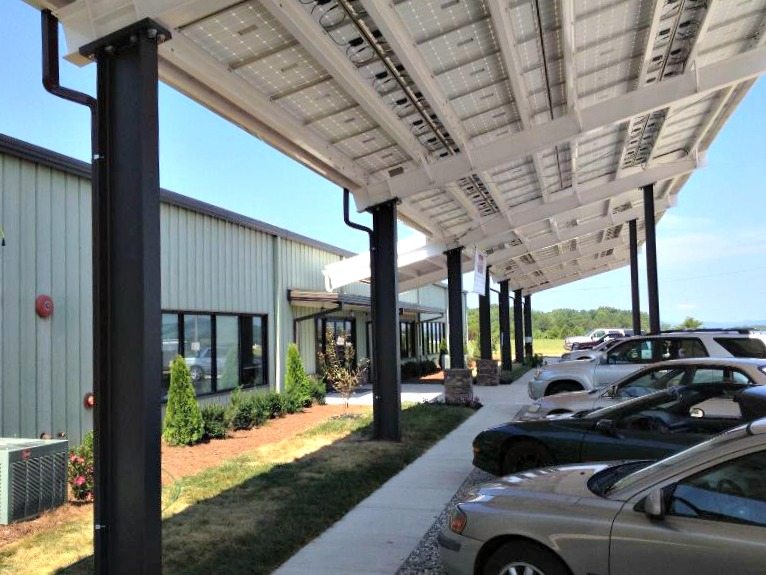 (Making Good Use of the Solar
Vehicle Canopy)

Phase two of the solar project includes another solar canopy, this time doubling as a storage area for powder-coated steel waiting to be shipped to the customer. Not only will this improve material flow at Panel Built, but the nearly 4,800 square feet of solar panels will produce enough energy in a day, week, or year to power approximately 9 average sized house for that same amount of time. 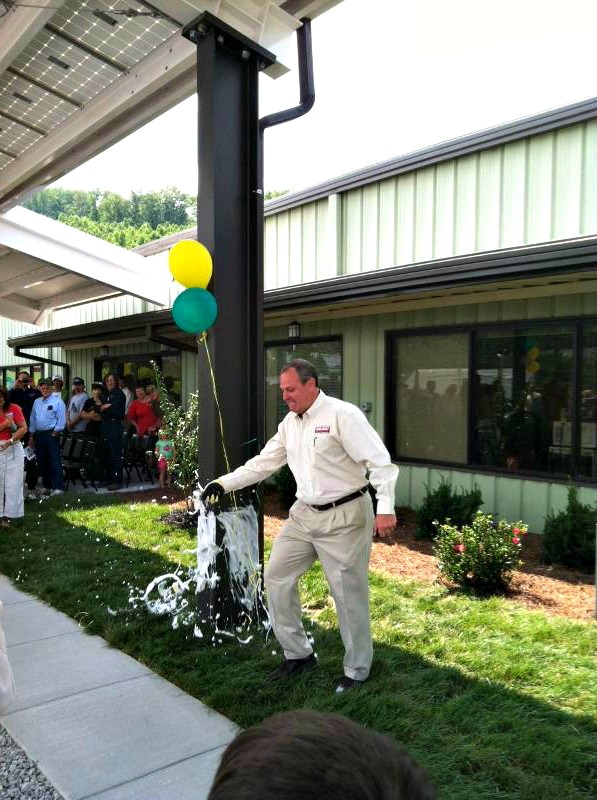 For those interested in solar power, there are incredible government incentives right now that allow a significant reduction in total cost of a solar project. Combine this with the savings created by making your own solar energy, and it’s hard not see solar as a win-win.
Panel Built now offers solar products including vehicle canopies, storage facilities, roof mount and ground mount solar arrays, as well as the inverter buildings needed for solar projects. 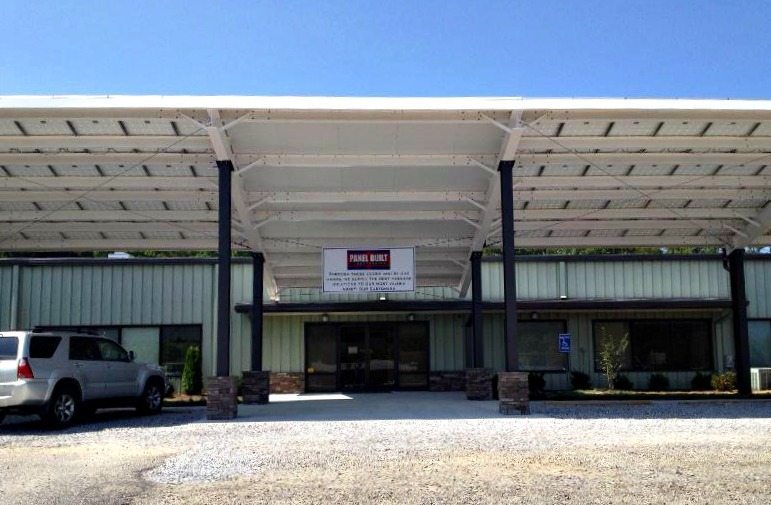 Contact your Panel Built sales rep to find out more about our newest product line! 1-800-636-3873 or info@panelbuilt.com