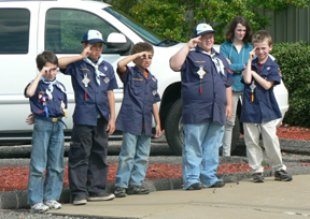 The boys, along with Den Leader Rob Flowers and Cub Master Tom Orchanian participated in an official flag replacement ceremony which included the Cub Scout Oath, Pledge of Allegiance, and some interesting history on the meaning of the flag’s design elements.
Tom and Rob showed them how to fold the tattered old flag properly, and raised a new one to replace it. After the ceremony, they took the boys to the back of the building to burn the old flag.
This is the proper means of disposal, according to US Flag Code TITLE 4 > CHAPTER 1 > Sec. 8(k). which states: “The flag, when it is in such condition that it is no longer a fitting emblem for display, should be destroyed in a dignified way, preferably by burning”
Tom is the Materials Manager at Panel Built, and Rob is part of the Panel Line crew. Both of their sons participated in the ceremony as Scouts in Pack #10.

Panel Built thanks Pack #10 for giving the old flag a dignified end, and for raising the new one which is flying proudly 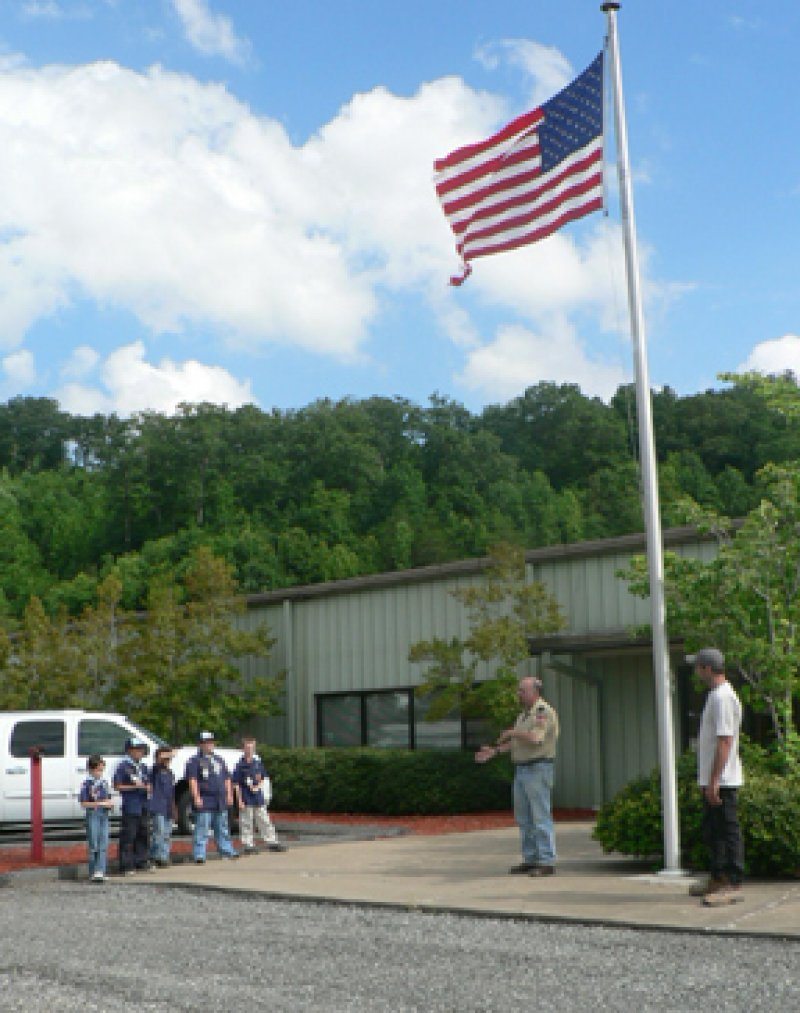