LED vs Fluorescent: What's the Difference?

What is the difference between LED and Fluorescent lighting?

Both LED and Fluorescent fixtures provide a very flexible lighting options that have a large number of different applications. Because of their great range of light-spread, they are both very common options in warehouses, outdoor, and general room lighting. And people and companies go back and forth on which lighting type works better and which one they should use in their facilities.  A lack of general understanding of the differences between the two of these light sources can be seen as the root of this cause.  Overall, LED and fluorescent lighting work in completely different ways and have big differences in the way they spend energy, as well as their overall usable lifespan.  In this post, we will go over the different ways these two emit light and how this affects the practicality of using them in your facility.

First developed in 1962, an LED, or “light-emitting diode,” is a semiconductor (a material that has properties of both electrically conductive and insulative material) that will emit light when a particular voltage of current passes through it. Without going into the specifics, when the diode is activated with electricity, it gives off photons which produce light. These LEDs can emit a broad spectrum of light colors depending on the composition of the material used in the semiconductor. Although they emit light, a light-emitting diode will not produce a significant amount of heat. These diodes are typically small in nature while emitting a great source of light. 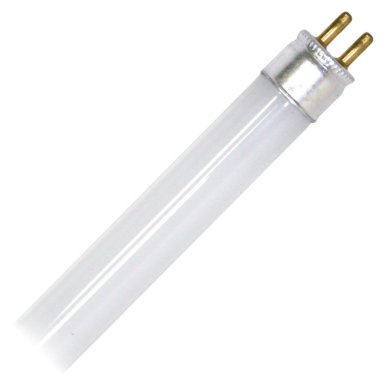 Fluorescent lamps were first experimented with in the middle of the 1800’s. The device is typically a tube that has a mercury vapor and a phosphor coating on the inside of it. When an electric current passes through the tube, it excites the mercury vapor which causes it to emit ultra-violet light. The phosphor coating will absorb this UV light and re-emit it in the form of visible lighting. These fluorescent lamps typically come in the form of long, glass tubes. And, because these lamps do include mercury in the tube, they are classified as hazardous waste and need to be disposed of properly.

Breakdown of Major Differences Between LED and Fluorescent

Overall, both LED and Fluorescent light sources provide different advantages and disadvantages depending on how you look at them. Looking even further into these differences, fluorescent lights spread their beams in all directions, meaning the light is not focusing in any general direction. This can cause you to need more of them to light the same space (if they’re located in your ceiling). LEDs emit a directional light source, allowing you a little more accuracy with the area being illuminated, wasting less light and energy.

There is also a great difference in the size of these light sources, which can actually create some unintended consequences for both of these products. The long glass tube used in fluorescent lighting makes them easily breakable, costing you more money to replace them and causing a glass hazard (not to mention the mercury). While LEDs are quite tiny, allowing them to be often used in the making of computers and other electronics.

If you have any questions about whether to use LED or Fluorescent in your next modular construction project, just give us a call at 800.636.3873 or send us an email at info@panelbuilt.com.