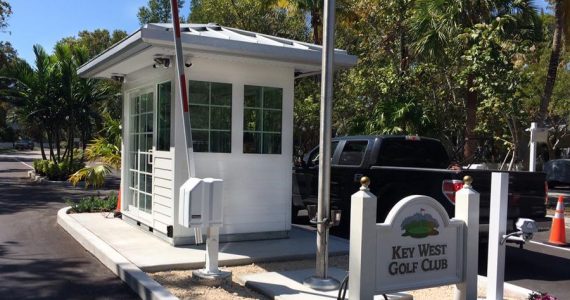 At the bottom of the Florida Keys rests the beautiful island city of Key West. Being the southernmost city in the continental United States, the area is a luxury destination for vacationers and avid golfers alike. However, the unique climate of Key West can sometimes present unique problems. Although Key West has relatively cooler summers in comparison to the rest of the southeast United States, it can oftentimes have heavy tropical downpours and hurricanes with incredible wind speeds.  This is one of the many requirements that Russ Vickers, President of Key West Golf Club’s Home Owner’s Association, ran into when he needed to find a replacement for the community’s guard booth.

Russ Vickers needed to provide his security team with a new building that would suit the beautiful scenery around the Key West Golf Club, as well as the architecture of the course itself.  But for this project, the form of the building would follow its function.  Building code in the area requires strict wind load ratings for all new construction in order to withstand the incredible wind speeds of hurricane season.

Key West Golf Club came to Panel Built, Inc. looking for a modular building that would suit these requirements.  Using our welded steel line of buildings, Panel Built delivered a 6’ x 9’ guard house that had an Ultimate Wind Load Rating of 180 mph, the likes of which you would find in a category 5 hurricane.  The building provides access control for the course and offers a 360-degree view of the entrance.

Recently (2017), Key West, and Florida as a whole was hit with a series of devastating hurricanes, the worst of which being Hurricane Irma.  After the event, Panel Built contacted Mr. Vickers in order to see our customer was doing well after the storm and to ensure our building performed to our standards.

President Vickers: “The guard house survived unscathed. You would never even know we had a storm here based on how it looked. There were trees down everywhere but the next day we opened the guard house and it was working as it was the day before the storm.”

How: Collaborating with the customer to develop a design, Panel Built utilized its welded steel line to manufacture a modular building that was durable and attractive to new visitors. 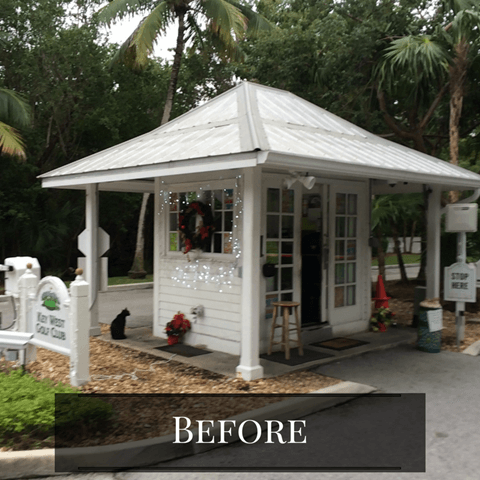 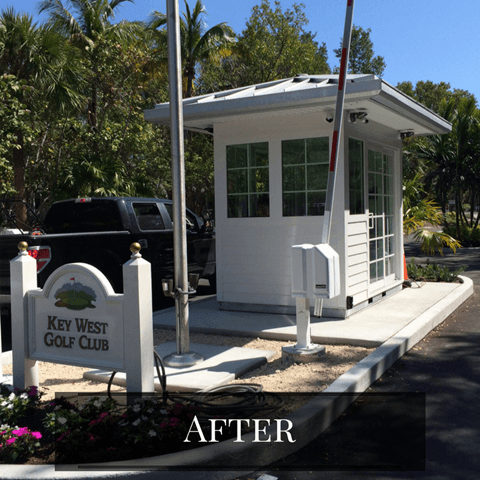